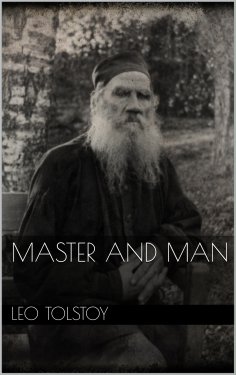 It happened in the 'seventies in winter, on the day after St. Nicholas's Day. There was a fete in the parish and the innkeeper, Vasili Andreevich Brekhunov, a Second Guild merchant, being a church elder had to go to church, and had also to entertain his relatives and friends at home.
But when the last of them had gone he at once began to prepare to drive over to see a neighbouring proprietor about a grove which he had been bargaining over for a long time. He was now in a hurry to start, lest buyers from the town might forestall him in making a profitable purchase.
The youthful landowner was asking ten thousand rubles for the grove simply because Vasili Andreevich was offering seven thousand. Seven thousand was, however, only a third of its real value. Vasili Andreevich might perhaps have got it down to his own price, for the woods were in his district and he had a long-standing agreement with the other village dealers that no one should run up the price in another's district, but he had now learnt that some timber-dealers from town meant to bid for the Goryachkin grove, and he resolved to go at once and get the matter settled. So as soon as the feast was over, he took seven hundred rubles from his strong box, added to them two thousand three hundred rubles of church money he had in his keeping, so as to make up the sum to three thousand; carefully counted the notes, and having put them into his pocket-book made haste to start.