The Mystery of the Sea (A Political Thriller) 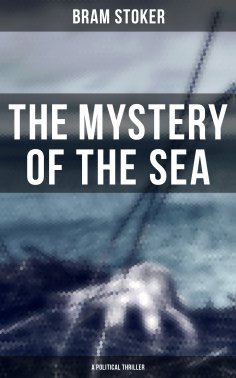 This eBook has been formatted to the highest digital standards and adjusted for readability on all devices.
Archibald Hunter is a young Englishman who decides to move to Cruden Bay, a small Scottish Village after he experienced a strange psychic vision. He gets into possession of a certain trunk with ciphered letters from 16th century. While near the seashore, Archibald rescues from the ocean a beautiful American woman named Marjory, and she later helps him decode the cipher. From the letters Archibald learns about a secret treasure of Spaniard Don Bernardino de Escoban and realizes that it is buried on his new property. Archibald also finds out that Marjory is a descendant of Sir Francis Drake, the pirate behind many Elizabethan schemes against the Spanish, and that there is a Spanish plot against her life. Two of them agree to get married and find the treasure, but Marjory gets kidnapped and Archibald goes on a rescue mission.