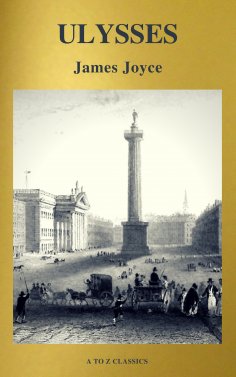 "Ulysses is the most important contribution that has been made to fictional literature in the twentieth century." New York Times

'Ulysses is perhaps the most written about book ever after the Bible, which should tell you something. It's definitely a better read.' The Economist

"In the last pages of the book, Joyce soars to such rhapsodies of beauty as have probably never been equaled in English prose fiction." Edmund Wilson, The New Republic

UYLSSES is James Joyce's astonishing masterpiece, one of the greatest works of the 20th Century, presented here in a specially designed edition for your kindle. A book of amazing energy, it is at times bawdy, funny, moving, and like life rich in complexity and detail.

Banned for obscenity in 1921, you can now read Ulysses in this complete and expurgated edition and decide for yourself