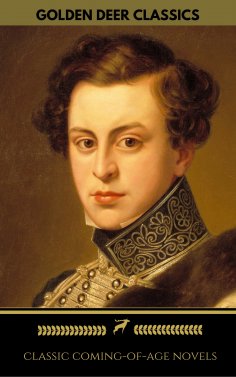 A Bildungsroman (German expression meaning: "novel of formation, education, culture"), novel of formation, novel of education, or coming-of-age story is a literary genre that focuses on the psychological and moral growth of the protagonist from youth to adulthood (coming of age), in which character change is extremely important.

- The History of Tom Jones, A Foundling by Henry Fielding
- Candide by Voltaire
- Emma by Jane Austen
- The Red and the Black by Stendhal
- The Daughter of the Commandant by Aleksandr Sergeyevich Pushkin
- Jane Eyre by Charlotte Brontë
- David Copperfield by Charles Dickens
- The History of Pendennis by William Makepeace Thackeray
- Great Expectations by Charles Dickens
- The Adventures of Huckleberry Finn by Mark Twain
- What Maisie Knew by Henry James
- Martin Eden by Jack London
- Sons and Lovers by David Herbert Lawrence
- A Portrait of the Artist as a Young Man by James Joyce
- This Side of Paradise by Francis Scott Fitzgerald