The Man Who Knew 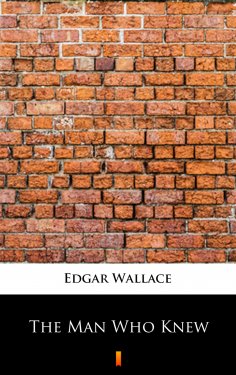 The body of a young man is found splayed out in the middle of one of the most august public squares in England. Soon it is discovered that the dead man was at the center of a beguiling web of entanglements and intrigue. Constable Wiseman is at the scene, as is the handsome Frank Merril, nephew of rich John Martin. A small, shabby man in an ill-fitting frock coat and large gold rimmed spectacles pulls a newspaper advertisement from the deceased’s waistcoat pocket. Will the intrepid detectives get to the bottom of things and puncture the thick veil of corruption that seems to surround the case? As a writer of detective stories, Mr. Wallace occupies an enviable place. „The Man Who Knew” shows him at his best.