Disputation on the Power of Indulgences 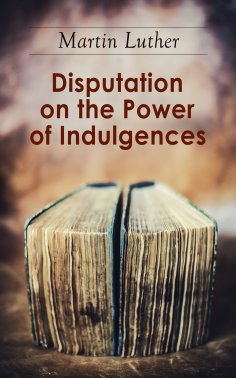 The Ninety-five Theses or Disputation on the Power of Indulgences are a list of propositions for an academic disputation written in 1517 by Martin Luther, professor of moral theology at the University of Wittenberg, Germany, that started the Reformation, a schism in the Catholic Church which profoundly changed Europe. They advance Luther's positions against what he saw as the abuse of the practice of clergy selling plenary indulgences, which were certificates believed to reduce the temporal punishment for sins committed by the purchasers or their loved ones in purgatory. In the Theses, Luther claimed that the repentance required by Christ in order for sins to be forgiven involves inner spiritual repentance rather than merely external sacramental confession. He argued that indulgences led Christians to avoid true repentance and sorrow for sin, believing that they could forgo it by purchasing an indulgence.