Major Haynes of the Secret Service 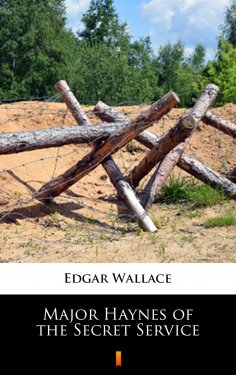 „Major Haynes of the Secret Service” is a fine series of Wallace stories about wartime espionage. During the First World War Edgar Wallace wrote a number of morale-boosting tales about the skill and derring-do of the British military and intelligence services, mostly in the form of series published under such titles as „Tam o’ the Scoots,” „Companions of the Ace High,” and „Clarence-Private”. Several series were published in the form of dramatic pseudo-documentary accounts of what he claimed to be true stories. Three espionage series in this category are known to have been published in British newspapers. Two of these featured an intelligence agent by the name of Major Haynes and made their first appearance in the Dundee paper Thomson’s Weekly News.