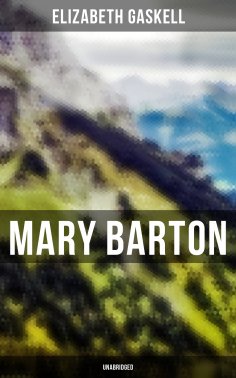 This eBook edition of "Mary Barton" has been formatted to the highest digital standards and adjusted for readability on all devices.
Mary Barton is set in the English city of Manchester between 1839 and 1842, and deals with the difficulties faced by the Victorian working class. John Barton is a questioner of the distribution of wealth and the relations between rich and poor. Soon his wife dies—he blames it on her grief over the disappearance of her sister Esther. Having already lost his son Tom at a young age, Barton is left to raise his daughter, Mary, alone and now falls into depression and begins to involve himself in the Chartist, trade-union movement.
Elizabeth Gaskell (1810-1865) was an English novelist and short story writer. Her novels offer a detailed portrait of the lives of many strata of Victorian society, including the very poor, and are of interest to social historians as well as lovers of literature. Some of Gaskell's best known novels are Cranford, North and South, and Wives and Daughters.