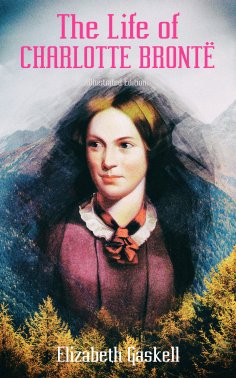 The Life of Charlotte Brontë is the posthumous biography of Charlotte Brontë by fellow Victorian novelist, and her close friend Elizabeth Gaskell. A major source was the hundreds of letters sent by Brontë to her lifelong friend Ellen Nussey. Gaskell had to deal with some sensitive issues. She toned down some of her material concerning the Clergy Daughters' School, attended by Charlotte and her sisters, whose founder was blamed for the deaths of two Brontë sisters. Although quite frank in many places, Gaskell suppressed details of Charlotte's love for Constantin Héger, a married man, on the grounds that it would be too great an affront to contemporary morals and a possible source of distress to Charlotte's still-living friends, father Patrick Brontë and husband.
Elizabeth Gaskell (1810-1865) was an English novelist and short story writer. Her novels offer a detailed portrait of the lives of many strata of Victorian society, including the very poor, and are of interest to social historians as well as lovers of literature. Some of Gaskell's best known novels are Cranford, North and South, and Wives and Daughters.