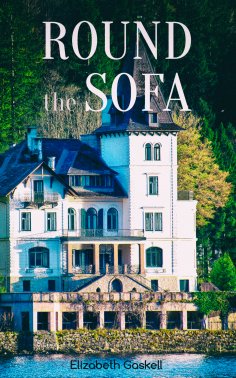 Round the Sofa is a collection consisting of the novel My Lady Ludlow prefaced by a short story Round the Sofa, which is used to provide a framework for the telling of My Lady Ludlow and the disparate stories. Mrs. Dawson tells the story of "My Lady Ludlow" and then five other narrators gather around the sofa, each telling a story: An Accursed Race, The Doom of the Griffiths, Half a Life-time Ago, The Poor Clare, and The Half-Brothers.
"My Lady Ludlow" recounts the daily lives of the widowed Countess of Ludlow of Hanbury and the spinster Miss Galindo, whose father was a Baronet, and their caring for other single women and girls. It is also concerned with Lady Ludlow's man of business, Mr. Horner, and a poacher's son named Harry Gregson whose education he provides for.
Elizabeth Gaskell (1810-1865) was an English novelist and short story writer. Her novels offer a detailed portrait of the lives of many strata of Victorian society, including the very poor, and are of interest to social historians as well as lovers of literature. Some of Gaskell's best known novels are Cranford, North and South, and Wives and Daughters.