THE WAR THAT WILL END WAR 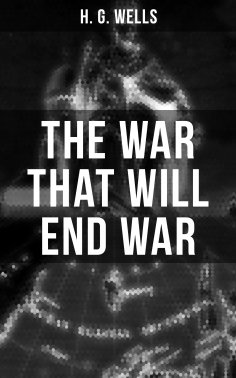 This is a 1914 pamphlet addressing the anti-war and pacifist elements in Britain entitled "The War That Will End War." Its title became proverbial almost instantly and is used to refer to the First World War even today.
Contents:
Chapter I. Why Britain Went to War
Chapter II. The Sword of Peace
Chapter III. Hands Off the People's Food
Chapter IV. Concerning Mr. Maximilian Craft
Chapter V. The Most Necessary Measures in the World
Chapter VI. The Need of a New Map of Europe
Chapter VII. The Opportunity of Liberalism
Chapter VIII. The Liberal Fear of Russia
Chapter IX. An Appeal to the American People
Chapter X. Common Sense and the Balkan States
Chapter XI. The War of the Mind
Herbert George "H. G." Wells (1866 – 1946) was an English writer, now best known for his work in the science fiction genre. He was also a prolific writer in many other genres, including contemporary novels, history, politics and social commentary, even writing textbooks and rules for war games. Wells was now considered to be one of the world's most important political thinkers and during the 1920s and 30s he was in great demand as a contributor to newspapers and journals.