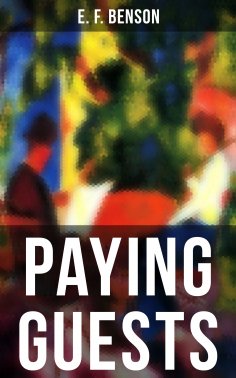 Paying Guests is one of the last novels of E.F. Benson. The story is set around the Wentworth mention, a small boarding house in Bolton Spa and its owners and lodgers, usual and recognizable Benson's characters. They are quite unlikable, mainly upper-middle-class English people who came to the Spa to cure their body illnesses, but also to fill the time and escape boredom despite having no passions, interests and work.
Edward Frederic Benson (1867–1940) was an English novelist, biographer, memoirist, archaeologist and short story writer, known professionally as E.F. Benson. He started his novel writing career in 1893 with the fashionably controversial Dodo, which was an instant success, and followed it with a variety of satire and romantic and supernatural melodrama. He repeated the success of Dodo, with sequels to this novel, but the greatest success came relatively late in his career with The Mapp and Lucia series consisting of six novels and two short stories.