TALES OF THE JAZZ AGE 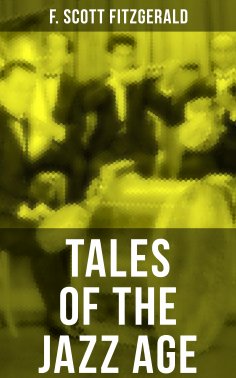 "Tales of the Jazz Age" (1922) is the second collection of short stories by F. Scott Fitzgerald, published in 1922. It includes two masterpieces as well as several other stories from his earlier career. The story "May Day" depicts a party at a popular club in New York that becomes a night of revelry during which former soldiers and an affluent group of young people start an anti-Bolshevik demonstration that results in an attack on a leftist newspaper office. "The Diamond as Big as the Ritz" is a fantastic satire of the selfishness endemic to the wealthy and their undying pursuit to preserve that way of life. All of these stories, like his best novels, meld Fitzgerald's fascination with wealth with an awareness of a larger world, creating a subtle social critique.
Francis Scott Key Fitzgerald (1896 – 1940) was an American author of novels and short stories, whose works are the paradigmatic writings of the Jazz Age, a term he coined. He is widely regarded as one of the greatest American writers of the 20th century.