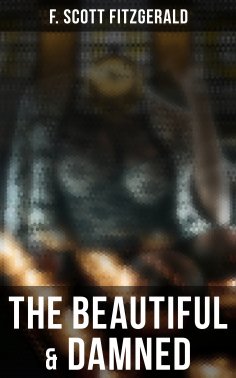 This eBook edition of "The Beautiful & Damned" has been formatted to the highest digital standards and adjusted for readability on all devices.
The Beautiful and Damned tells the story of Anthony Patch, a 1910s socialite and presumptive heir to a tycoon's fortune, and his courtship and relationship with his wife Gloria Gilbert. It describes his brief service in the Army during World War I, and the couple's post-war partying life in New York, and his later alcoholism. Gloria and Anthony's love story is much more than just a couple falling in love. Their story deals with the hardships of a relationship, especially when each character has a tendency to be selfish. Novel also explores and portrays New York café society and the American Eastern elite during the Jazz Age before and after "the Great War" and in the early 1920s.