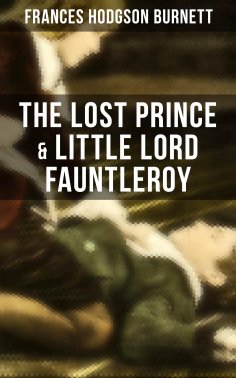 "Little Lord Fauntleroy" is the first children's novel written by Frances Hodgson Burnett. It was originally published as a serial in1886. Cedric Errol is a poor American boy who finds out that he is the sole heir to a wealthy British earldom and thus becomes Lord Fauntleroy. The Lost Prince tells a story of country that is in a terrible civil war, and where people are killing each other all for the sake of power. The poor citizens of Samavia can only hope that their beloved lost prince will come back and make every thing right as it used to be. Marco Loristan, a twelve-year-old refugee, and his friend, a hunchback orphan named The Rat, embark on a dangerous journey across Europe to bring freedom to Marco's beleaguered homeland of Samavia.
Frances Eliza Hodgson Burnett (1849–1924) was an English-American playwright and author. She is best known for her children's stories, in particular Little Lord Fauntleroy, A Little Princess, and The Secret Garden.