The Wings of the Dove (Complete Edition) 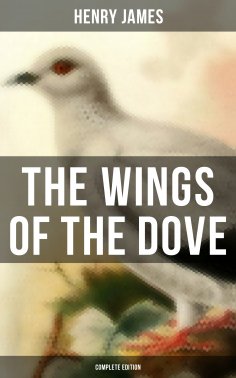 The Wings of the Dove tells the story of Milly Theale, an American heiress stricken with a serious disease, and her effect on the people around her. Some of these people befriend Milly with honorable motives, while others are more self-interested. Kate Croy and Merton Densher are two betrothed Londoners who desperately want to marry but have very little money. Kate is constantly put upon by family troubles, and is now living with her domineering aunt, Maud Lowder. Into their WORLD comes Milly Theale, an enormously rich young American woman who had previously met and fallen in love with Densher, though she didn't reveal her feelings. Her travelling companion and confidante, Mrs. Stringham, is an old friend of Maud. Kate and Aunt Maud welcome Milly to London, and the American heiress enjoys great social success… Henry James (1843 – 1916) was an American-British writer who spent most of his writing career in Britain. He is regarded as one of the key figures of 19th-century literary realism.