THE ESSENTIAL DICKENS – 8 Greatest Novels in One Edition 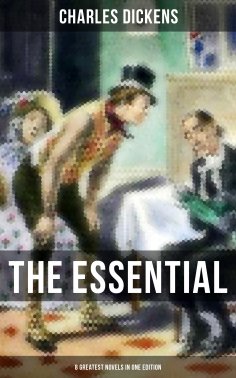 Musaicum Books presents to you this carefully created volume of "THE ESSENTIAL DICKENS – 8 Greatest Novels in One Edition". This ebook has been designed and formatted to the highest digital standards and adjusted for readability on all devices.
Contents:
The Pickwick Papers
Oliver Twist
A Christmas Carol
David Copperfield
Bleak House
Hard Times
A Tale of Two Cities
Great Expectations
Charles Dickens (1812–1870) was an English writer and social critic. He created some of the world's most memorable fictional characters and is generally regarded as the greatest novelist of the Victorian period. During his life, his works enjoyed unprecedented fame, and by the twentieth century his literary genius was broadly acknowledged by critics and scholars. His novels and short stories continue to be widely popular.