A Christmas Carol & Other Christmas Stories by Charles Dickens 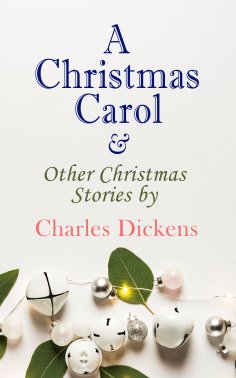 e-artnow presents the Christmas Specials Series. We have selected the greatest Christmas novels, short stories and fairy tales for this joyful and charming holiday season, for all those who want to keep the spirit of Christmas alive with a heartwarming tale.
Table of Contents:
A Christmas Carol
The Chimes
The Cricket on the Hearth
The Battle of Life
The Haunted Man
A Christmas Tree
What Christmas Is As We Grow Older
The Poor Relation's Story
The Child's Story
The Schoolboy's Story
Nobody's Story
The Seven Poor Travellers
The Holly-Tree
The Wreck of the Golden Mary
The Perils of Certain English Prisoners
A House to Let
The Haunted House
A Message From the Sea
Tom Tiddler's Ground
Somebody's Luggage
Mrs. Lirriper's Lodgings
Mrs. Lirriper's Legacy
Doctor Marigold's Prescriptions
Mugby Junction
No Thoroughfare
Christmas at Fezziwig's Warehouse