The Land Beyond the Blow 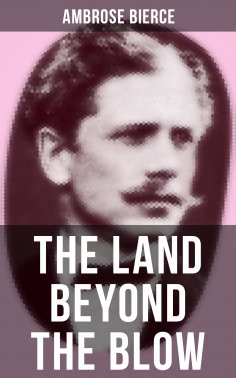 "The Land Beyond the Blow" is a collection of terse short stories and personal reminiscences by the great satirist, Ambrose Bierce.
Contents:
Thither
Sons of the Fair Star
An Interview with Gnarmag-Zote
The Tamtonians
Marooned on Ug
The Dog in Ganegwag
A Conflagration in Ghargaroo
An Execution in Batrugia
The Jumjum of Gokeetle-Guk
The Kingdom of Tortirra
Hither
Ambrose Bierce (1842-1913) wrote the short story "An Occurrence at Owl Creek Bridge" and compiled a satirical lexicon The Devil's Dictionary. His vehemence as a critic, his motto "Nothing matters", and the sardonic view of human nature that informed his work, all earned him the nickname "Bitter Bierce". Despite his reputation as a searing critic, Bierce was known to encourage younger writers, including poet George Sterling and fiction writer W. C. Morrow. Bierce employed a distinctive style of writing, especially in his stories. His style often embraces an abrupt beginning, dark imagery, vague references to time, limited descriptions, impossible events and the theme of war.