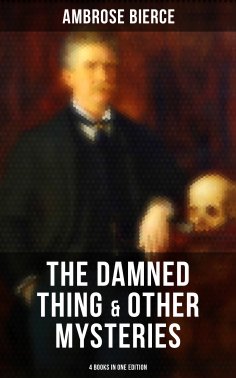 The Damned Thing is a story focuses on how the human race takes their views of nature for granted, and how there may be things in the natural world that the human eye cannot see or the human ear cannot hear. An Occurrence at Owl takes place during the war of the 1860's between the American states of the North and the states of the South. A group of soldiers is hanging a Southern farm owner for trying to stop Northern military movements across the Owl Creek Bridge. In the last moments of his life, the Southern prisoner dreams he has escaped; and everything that happens in the story is really only the work of the prisoner's brain just before he dies. One of Bierce's most famous works is his much-quoted book, The Devil's Dictionary, originally a newspaper serialization which was first published in book form in 1906 as The Cynic's Word Book. It offers an interesting reinterpretation of the English language in which cant and political double-talk are neatly lampooned. Chickamauga was first published in 1889. It's about an innocent child who stumbles into unspeakable horror during the battle.
Ambrose Bierce (1842 – 1914?) was an American satirist, critic, poet, editor and journalist. Bierce became a prolific author of short stories often humorous and sometimes bitter or macabre. He spoke out against oppression and supported civil and religious freedoms. He also wrote numerous Civil War stories from first-hand experience. Many of his works are ranked among other esteemed American authors' like Edgar Allen Poe, Stephen Crane, and Mark Twain.