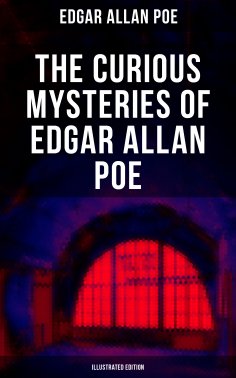 This carefully edited collection has been designed and formatted to the highest digital standards and adjusted for readability on all devices.
Poe is generally considered the father of the detective fiction genre. His detective tales featuring C. Auguste Dupin laid the groundwork for future detectives in literature. This collection includes Poe's mysteries, detective stories and crime tales.
Table of Contents:
The Murders in the Rue Morgue
The Mystery of Marie Roget
The Purloined Letter
The Gold Bug
Thou Art the Man
The Man of the Crowd
Asignation
The Tell-Tale Heart
A Tale of the Ragged Mountains
The Oblong Box
The Black Cat
The Fall of the House of Usher
The Premature Burial
The Masque of the Red Death
The Devil in the Belfry
The Cask of Amontillado
William Wilson
Edgar Allan Poe (1809-1849) was an American writer, editor, and literary critic, best known for his poetry and short stories of mystery and the macabre. He is widely regarded as a central figure of Romanticism in the United States and American literature as a whole, and he was one of the country's earliest practitioners of the short story.