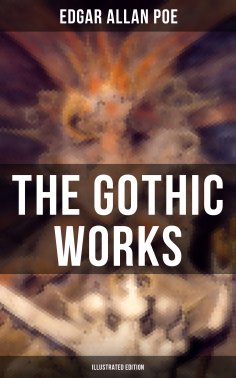 This carefully edited collection has been designed and formatted to the highest digital standards and adjusted for readability on all devices.
This edition presents to you Edgar Allan Poe's greatest gothic & horror stories. His most recurring themes deal with questions of death, including its physical signs, the effects of decomposition, concerns of premature burial, the reanimation of the dead and mourning.
Metzengerstein
The Assignation
Berenice
Morella
King Pest
Shadow
Silence
Ligeia
The Fall of the House of Usher
William Wilson
The Man of the Crowd
The Oval Portrait
The Masque of the Red Death
The Pit and the Pendulum
The Tell-Tale Heart
The Black Cat
The Premature Burial
The Oblong Box
The Imp of the Perverse
The Facts in the Case of M. Valdemar
The Cask of Amontillado
Hop-Frog
Biography:
The Dreamer by Mary Newton Stanard
Edgar Allan Poe (1809-1849) was an American writer, editor, and literary critic, best known for his poetry and short stories of mystery and the macabre. He is widely regarded as a central figure of Romanticism in the United States and American literature as a whole, and he was one of the country's earliest practitioners of the short story.