The Battle of Actium 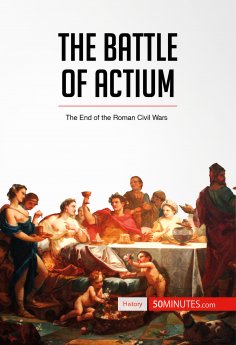 <b>Keen to learn but short on time? Get to grips with the events of the Battle of Actium in next to no time with this concise guide.</b>

50Minutes.com provides a clear and engaging analysis of the Battle of Actium. For 13 years after the assassination of Julius Caesar, Rome faced a series of destructive internal conflicts. These conflicts came to a head in 31 BC, when Caesar’s son Octavius and Mark Antony clashed at Actium. This battle played a decisive role in the fate of the Roman Empire, and Octavius’ victory ensured Roman domination in the Mediterranean for centuries to come.

• Understand the events leading up to the battle, including the assassination of Julius Caesar