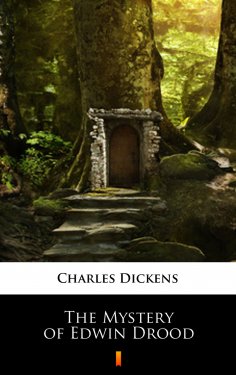 „As in many of Dickens’s greatest novels, the gulf between appearance and reality drives the action. Set in the seemingly innocuous cathedral town of Cloisterham, the story rapidly darkens with a sense of impending evil. Charles Dickens’s final, unfinished novel is in many ways his most intriguing. A highly atmospheric tale of murder, The Mystery of Edwin Drood foreshadows both the detective stories of Conan Doyle and the nightmarish novels of Kafka. Though The Mystery of Edwin Drood is one of its author’s darkest books, it also bustles with a vast roster of memorable-and delightfully named-minor characters: Mrs. Billikins, the landlady; the foolish Mr. Sapsea; the philanthropist, Mr. Honeythunder; and the mysterious Datchery. Several attempts have been made over the years to complete the novel and solve the mystery, but even in its unfinished state it is a gripping and haunting masterpiece.”