The Voyage Out (The Original 1915 Duckworth & Co., London Edition) 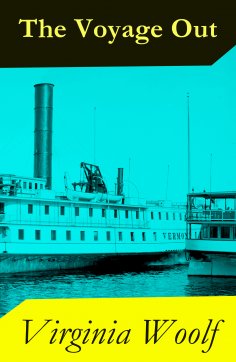 This carefully crafted ebook: "The Voyage Out (The Original 1915 Duckworth & Co., London Edition)" is formatted for your eReader with a functional and detailed table of contents. Woolf originally began work on The Voyage Out in 1910 and had finished an early draft by 1912. Yet the novel had a long and difficult gestation and was not published until 1915. It was written during a period in which Woolf was especially psychologically vulnerable. She suffered from periods of depression and at one point attempted suicide. The resultant work contained the seeds of all that would blossom in her later work: the innovative narrative style, the focus on feminine consciousness, sexuality and death. Adeline Virginia Woolf (25 January 1882 – 28 March 1941) was an English writer, and one of the foremost modernists of the twentieth century. During the interwar period, Woolf was a significant figure in London literary society and a central figure in the influential Bloomsbury Group of intellectuals. Her most famous works include the novels Mrs Dalloway (1925), To the Lighthouse (1927) and Orlando (1928), and the book-length essay A Room of One's Own (1929), with its famous dictum, "A woman must have money and a room of her own if she is to write fiction."