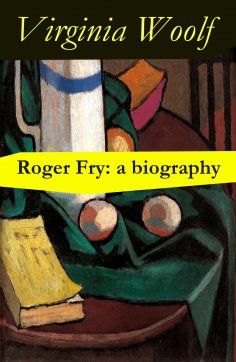 This carefully crafted ebook: "Roger Fry: a biography by Virginia Woolf" is formatted for your eReader with a functional and detailed table of contents. Virginia Woolf's only true biography, written to commemorate a devoted friend and one of the most renowned art critics of this century, who helped to bring the Postimpressionist movement from France to England and America. Roger Eliot Fry (14 December 1866 – 9 September 1934) was an English artist and art critic, and a member of the Bloomsbury Group. Establishing his reputation as a scholar of the Old Masters, he became an advocate of more recent developments in French painting, to which he gave the name Post-Impressionism. Adeline Virginia Woolf (25 January 1882 – 28 March 1941) was an English writer, and one of the foremost modernists of the twentieth century. During the interwar period, Woolf was a significant figure in London literary society and a central figure in the influential Bloomsbury Group of intellectuals. Her most famous works include the novels Mrs Dalloway (1925), To the Lighthouse (1927) and Orlando (1928), and the book-length essay A Room of One's Own (1929), with its famous dictum, "A woman must have money and a room of her own if she is to write fiction."