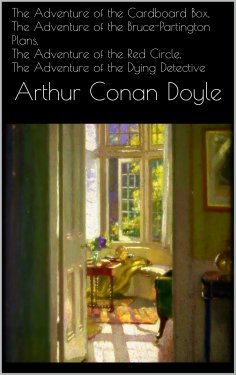 In the third week of November, in the year 1895, a dense yellow fog settled down upon London. From the Monday to the Thursday I doubt whether it was ever possible from our windows in Baker Street to see the loom of the opposite houses. The first day Holmes had spent in cross-indexing his huge book of references. The second and third had been patiently occupied upon a subject which he had recently made his hobby--the music of the Middle Ages. But when, for the fourth time, after pushing back our chairs from breakfast we saw the greasy, heavy brown swirl still drifting past us and condensing in oily drops upon the window-panes, my comrade's impatient and active nature could endure this drab existence no longer. He paced restlessly about our sitting-room in a fever of suppressed energy, biting his nails, tapping the furniture, and chafing against inaction.
"Nothing of interest in the paper, Watson?" he said.