A Lady of Quality & His Grace of Osmonde 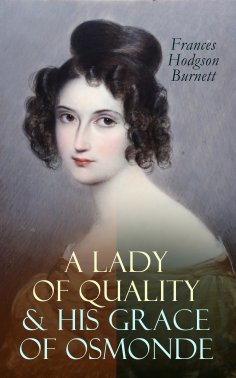 "A Lady of Quality" – Set in the 17th century England, the novel relates the life of young Clorinda, girl raised by her harsh and utterly disreputable father. He forces to wear boys clothes, teaches her to ride horse like a man, her language is crass and her behavior is unconventional for a lady. Tired of such life, Clorinda decides she must change if she wants to attract a decent man and provide a decent life for herself. When she does meet a man she thinks is good for her, the trouble appears in the form of a former lover she no longer wants.
"His Grace of Osmonde" is the sequel to A Lady of Quality. Duke Gerald of Osmond is a well-built, handsome, gracious, and kind nobleman who has all the gifts nature can bestow. When he sets his eyes on Clorinda for the first time, she is a gorgeous mess – the swearing, boisterous tomboy daughter of a reckless and wasteful father. Gerald is patient, knowing that fate and nature will tame her and bring them together, but he also fears that his futur bride will be ruined by the world before she settles with him.