Sherlock Holmes: A Study in Scarlet 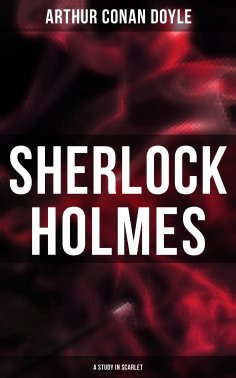 This eBook edition of "A Study in Scarlet" has been formatted to the highest digital standards and adjusted for readability on all devices.
Dr. Watson, having returned to London after serving in the Second Anglo-Afghan War, is forced to leave the armed services and is now looking for a place to live. He runs into an old friend named Stamford who mentions that an acquaintance of his, Sherlock Holmes, is looking for someone to split the rent at a flat at 221B Baker Street, but he cautions Watson about Holmes's eccentricities. Watson is amazed by Holmes, who has profound knowledge of chemistry and sensational literature, and very precise knowledge of geology, botany and many other disciplines. After much speculation by Watson, Holmes reveals that he is a "consulting detective" and he reads the telegram requesting consultation in a fresh murder case. Watson urges him to join, so Holmes invites him to accompany him as he investigates the crime scene, an abandoned house off the Brixton Road.