The Tragedy of the „Korosko” 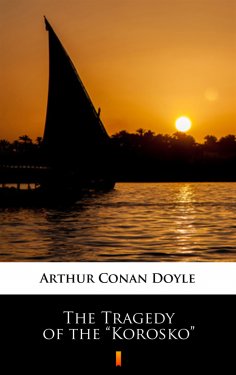 Ten tourists from England, Ireland, America and France, six men and four women are on a vacation trip down the Nile in 1895. Without warning they are captured by Islamic terrorists, and the possibility of rescue becomes more remote with each passing day. Their choice is a stark one: either convert to Islam and become slaves for the rest of their lives or die. In this story, the reader is swept out of the placid stream of existence and dashed against the horrible jagged facts of life. Written toward the end of the Victorian era and permeated with a sense of fear and uncertainty, this story calls into question the moral authority of Europe’s presence in the Arab peninsula and the cultural supremacy of British colonialism, all the while demonstrating Conan Doyle’s unparalleled ability as a storyteller.