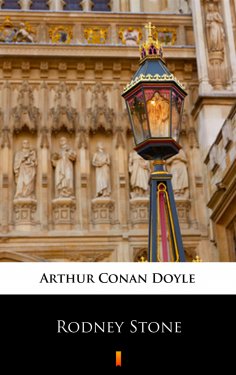 As well as penning some of the most popular detective fiction, Conan Doyle also wrote thrilling adventure stories. „Rodney Stone” is a combination of both. Nelson, Beau Brummell, Fox and King George III himself appear in a tale at the heart of which is, as one character says, „a pretty conspiracy – a criminal, an actress and a prize-fighter, all playing their parts”. The book is narrated by Rodney, in 1851 thinking back over the events 1803, when Rodney was 17 and his best friend, Boy Jim, was 19. This is the year Rodney’s uncle comes to introduce the boy to London society. Sir Charles is a dandy, and a friend of Beau Brummell and the Prince of Wales. But Rodney’s father has hopes for his son going into the Royal Navy. Boy Jim also has a life decision to make. He has been raised by Champion Harrison as a blacksmith, but after befriending an alcoholic ex-actress, he yearns to see more of the world, at least London.