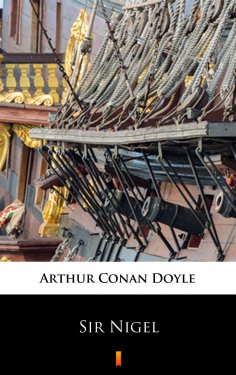 A historical romance and tale of adventure, set in England during the fourteenth century. Descendent of a noble family, Nigel Loring is the last of his race, and living alone with his aged grand-mother, upon a small remnant of their great estate. In service to King Edward III, Sir Nigel Loring must prove himself worthy of the hand of his the Lady Mary by performing three deeds in her honor. On his way to the altar, Nigel rescues a woman from dishonor, fights a pirate leader, and battles against the Spanish at sea, among other heroic feats. Set against the fourteenth-century war between England and France, „Sir Nigel” is an action-packed adventure classic, filled to the brim with history, conflict, chivalry, and a dash of romance.