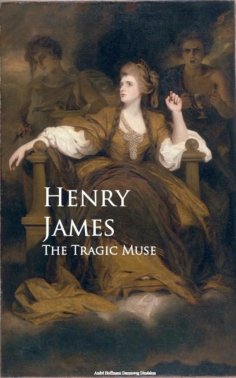 I profess a certain vagueness of remembrance in respect to the origin and growth of The Tragic Muse, which appeared in the Atlantic Monthly again, beginning January 1889 and running on, inordinately, several months beyond its proper twelve. If it be ever of interest and profit to put one's finger on the productive germ of a work of art, and if in fact a lucid account of any such work involves that prime identification, I can but look on the present fiction as a poor fatherless and motherless, a sort of unregistered and unacknowledged birth. I fail to recover my precious first moment of consciousness of the idea to which it was to give form; to recognise in it—as I like to do in general—the effect of some particular sharp impression or concussion. I call such remembered glimmers always precious, because without them comes no clear vision of what one may have intended, and without that vision no straight measure of what one may have succeeded in doing. What I make out from furthest back is that I must have had from still further back, must in fact practically have always had, the happy thought of some dramatic picture of the "artist-life" and of the difficult terms on which it is at the best secured and enjoyed, the general question of its having to be not altogether easily paid for. To "do something about art"—art, that is, as a human complication and a social stumbling-block—must have been for me early a good deal of a nursed intention, the conflict between art and "the world" striking me thus betimes as one of the half-dozen great primary motives. I remember even having taken for granted with this fond inveteracy that no one of these pregnant themes was likely to prove under the test more full of matter.