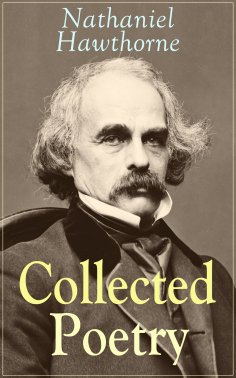 This carefully crafted ebook: "Collected Poetry of Nathaniel Hawthorne" is formatted for your eReader with a functional and detailed table of contents.
American novelist and short story writer Nathaniel Hawthorne's (1804-1864) writing centers on New England, many works featuring moral allegories with a Puritan inspiration. Hawthorne has also written a few poems which many people are not aware of. His works are considered to be part of the Romantic movement and, more specifically, Dark romanticism. His themes often centre on the inherent evil and sin of humanity, and his works often have moral messages and deep psychological complexity.
Contents:
Introduction: Biography of Nathaniel Hawthorne
Poetry:
Poems By Hawthorne:
Address to the Moon
The Darken'd Veil
Earthly Pomp
Forms of Heroes
Go to the Grave
My Low and Humble Home
The Ocean
Poems 'On Hawthorne':
Power Against Power
At Hawthorne's Grave
Hawthorne by H. W. Longfellow
Hawthorne by James Russell Lowell
Greatness