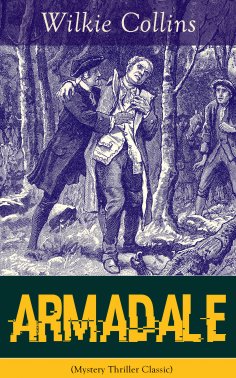 This carefully crafted ebook: "Armadale (Mystery Thriller Classic)" is formatted for your eReader with a functional and detailed table of contents.
Armadale is a mystery novel. The novel has a convoluted plot about two distant cousins both named Allan Armadale. The father of one had murdered the father of the other (the two fathers are also named Allan Armadale). The story starts with a deathbed confession by the murderer in the form of a letter to be given to his baby son when he grows up.
Wilkie Collins (1824 - 1889) was an English novelist, playwright, and author of short stories. His best-known works are The Woman in White, No Name, Armadale, and The Moonstone.