Cobwebs from an Empty Skull 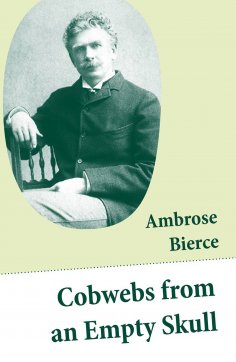 This carefully crafted ebook: "Cobwebs from an Empty Skull (Illustrated Stories, Fables, Poetry, Maxims, Sketches, Epigrams, Quips, Witticisms)" is formatted for your eReader with a functional and detailed table of contents. "Cobwebs from an Empty Skull", first published in 1874, is a collection of short fables and stories written under Bierce's pseudonym, Dod Grile, and although one of his earliest published books, it still displays the wit and cynicism which colors his writing. The book is divided into three sections: "Fables of Zambri, the Parsee," an assortment of over 100 fables; "Brief Seasons of Intellectual Dissipation," discussions between a fool and a philosopher, a doctor and a soldier, respectively; and "Divers Tales," 28 different stories of an eclectic nature, including The Grateful Bear, Dr. Deadwood, I Presume, Mrs. Dennison's Head, and Jim Beckwourth's Pond. Ambrose Gwinnett Bierce (1842-1914) was an American editorialist, journalist, short-story writer and satirist, today best known for his The Devil's Dictionary (1911). His short stories are considered among the best of the 19th century, providing a popular following based on his roots. Bierce's lucid, unsentimental style has kept him popular when many of his contemporaries have been consigned to oblivion. His dark, sardonic views and vehemence as a critic earned him the nickname, "Bitter Bierce."