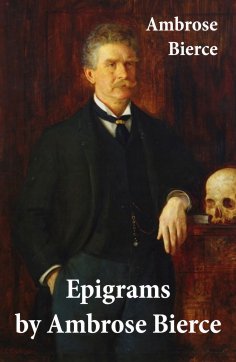 This carefully crafted ebook: "Epigrams by Ambrose Bierce" is formatted for your eReader with a functional and detailed table of contents. This ebook is from the Collected Works of Ambrose Bierce. Epigram is a short, sharp saying in prose or verse, frequently characterize by acidity or acerbity and sometimes by wisdom. Ambrose Gwinnett Bierce (1842 – 1914?) was an American satirist, critic, poet, editor and journalist. Bierce became a prolific author of short stories often humorous and sometimes bitter or macabre. He spoke out against oppression and supported civil and religious freedoms. He also wrote numerous Civil War stories from first-hand experience. Many of his works are ranked among other esteemed American authors' like Edgar Allen Poe, Stephen Crane and Mark Twain.