Ashes of the Beacon: An Historical Monograph Written in 4930 (Unabridged) 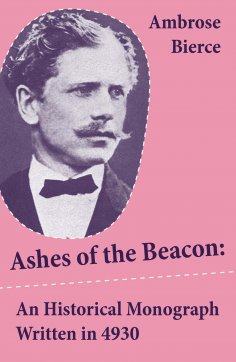 This carefully crafted ebook: "Ashes of the Beacon: An Historical Monograph Written in 4930 (Unabridged)" is formatted for your eReader with a functional and detailed table of contents. "Ashes of the Beacon" purports to be "An Historical Monograph Written in 4930" and gives a few indications concerning the lamentable failure of "self-government" in America. It is less amusing and more analytical; and while practically everyone will find much in it to disagree with, there is also plenty to think about. Though generally conservative and frequently pigheaded, Bierce is neither a fool nor a hypocrite, and he makes his points with thoroughgoing clarity. His work as a whole is a lifelong battle against woolly thinking, murky logic and bad writing. Ambrose Gwinnett Bierce (1842 – 1914?) was an American satirist, critic, poet, editor and journalist. Bierce became a prolific author of short stories often humorous and sometimes bitter or macabre. He spoke out against oppression and supported civil and religious freedoms. He also wrote numerous Civil War stories from first-hand experience. Many of his works are ranked among other esteemed American authors' like Edgar Allen Poe, Stephen Crane, and Mark Twain.