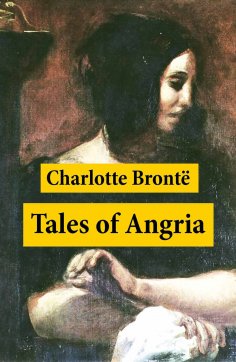 This carefully crafted ebook: "Tales of Angria (Mina Laury, Stancliffe's Hotel) + Angria and the Angrians" is formatted for your eReader with a functional and detailed table of contents. In 1834, Charlotte Brontë and her brother Branwell created the imaginary kingdom of Angria in a series of tiny handmade books. Continuing their saga some years later, the five 'novelettes' in this volume were written by Charlotte when she was in her early twenties, and depict an aristocratic beau monde in witty, racy and ironic language. She creates an exotic, scandalous atmosphere of intrigue and destructive passions, with a cast ranging from the ageing rake Northangerland and his Byronic son-in-law Zamorna, King of Angria, to Mary Percy, Zamorna's lovesick wife, and Charles Townshend, the cynical, gossipy narrator. Together the tales provide a fascinating glimpse into the mind and creative processes of the young writer who was to become one of the world's great novelists. Charlotte Brontë (1816 – 1855) worked as a teacher and governess before collaborating on a book of poetry with her two sisters, Emily and Anne, who were writers as well. In 1847, Brontë published the semi-autobiographical novel Jane Eyre, which was a hit and would become a literary classic. Her other novels included Shirley and Villette. Patrick Branwell Brontë (1817 – 1848) was a painter, and writer and poet, the only son of the Brontë family, and the brother of the writers Charlotte, Emily, and Anne.