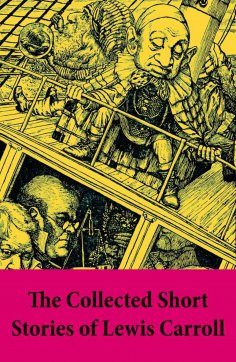 This carefully crafted ebook: "The Collected Short Stories of Lewis Carroll" is formatted for your eReader with a functional and detailed table of contents. Table of Contents: A Tangled Tale Bruno's Revenge and Other Stories What the Tortoise Said to Achilles A Tangled Tale is a collection of ten brief humorous stories by Lewis Carroll, published serially between April 1880 and March 1885.The stories, or Knots as Carroll calls them, present mathematical problems. In a later issue, Carroll gives the solution to a Knot and discusses readers' answers. The mathematical interpretations of the Knots are not always straightforward. The ribbing of readers answering wrongly – giving their names – was not always well received. Short story "Bruno's Revenge" was originally published in 1867. Some years later, in 1873 or 1874, Carroll had the idea to use this piece as the core for a longer story. Much of the rest of the novel he compiled from notes of ideas and dialogue which he had collected over the years. What the Tortoise Said to Achilles, written by Lewis Carroll in 1895 for the philosophical journal Mind, is a brief dialogue which problematises the foundations of logic. The title alludes to one of Zeno's paradoxes of motion, in which Achilles could never overtake the tortoise in a race. In Carroll's dialogue, the tortoise challenges Achilles to use the force of logic to make him accept the conclusion of a simple deductive argument. Ultimately, Achilles fails, because the clever tortoise leads him into an infinite regression. Charles Lutwidge Dodgson better known by the pseudonym Lewis Carroll (1832 – 1898), was an English author, mathematician, logician, Anglican deacon and photographer.