The Mysterious Island Trilogy - The Original US Translation 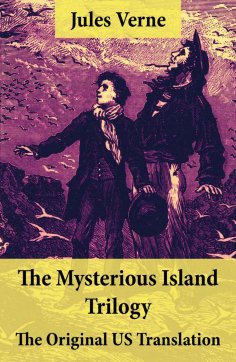 This carefully crafted ebook: "The Mysterious Island Trilogy - The Original UK Translation" is formatted for your eReader with a functional and detailed table of contents. Mysterious Island by Jules Verne is subtitled Shipwrecked in the Air, The Abandoned and The Secret of the Island. The present translation is by Stephen W. White. It first appeared in the Evening Telegraph of Philadelphia, PA and was later published as an Evening Telegraph Reprint Book in 1876. English translators often altered their translations to suit current political views of Church and Empire. It is about six Northerns prisoners that flee Richmond during the American Civil War. Their escape is done by balloon and brings them to an inhabited island lost in the middle of the Pacific Ocean. The book tells the tale of how these men survive. Jules Gabriel Verne (1828 – 1905) was a French novelist, poet, and playwright best known for his adventure novels and his profound influence on the literary genre of science fiction.