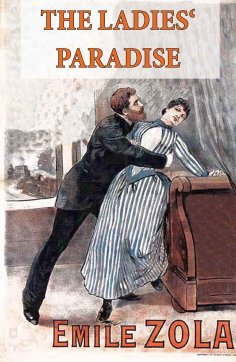 This carefully crafted ebook: "The Ladies' Paradise (The Ladies' Delight) - Unabridged" is formatted for your eReader with a functional table of contents. Also known as Au Bonheur des Dames; The Ladies' Delight or The Ladies' Paradise; is the eleventh novel in the Rougon-Macquart series by Émile Zola. The novel is set in the world of the department store, an innovative development in mid-nineteenth century retail sales. Zola models his store after Le Bon Marché, which consolidated under one roof many of the goods hitherto sold in separate shops. In Au Bonheur des Dames, the store is a symbol of capitalism, the modern city and the bourgeois family. It is emblematic of changes in consumer culture, sexual attitudes and class relations taking place at the end of the century. The novel tells the story of Denise Baudu, a 20-year-old woman from Valognes who comes to Paris with her brothers and begins working at the department store Au Bonheur des Dames as a saleswoman. Zola describes the inner workings of the store from the employees' perspective, including the 13-hour workdays, the substandard food and the bare lodgings (for the female staff). Many of the conflicts in the novel spring from the struggles for advancement and the malicious infighting and gossip among the staff. Au Bonheur des Dames is a sequel to "Pot-Bouille". Like its predecessor, Au Bonheur des Dames focuses on Octave Mouret (b. 1840), who at the end of the previous novel married Caroline Hédouin, the owner of a small silk shop. Now a widower, Octave has expanded the business into an international retail powerhouse occupying (at the beginning of the book) most of an entire city block. Au Bonheur des Dames has been made into a number of films, television series and plays.