The Shape of Things To Come (Science Fiction Classic) 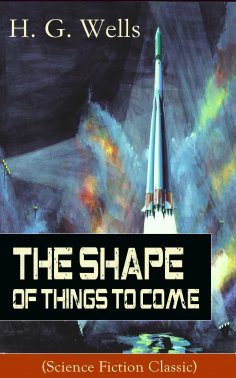 This carefully crafted ebook: "The Shape of Things To Come (Science Fiction Classic)" is formatted for your eReader with a functional and detailed table of contents.
The Shape of Things to Come is a work of science fiction, which speculates on future events from 1933 until the year 2106. In the book, a world state is established as the solution to humanity's problems. As a frame story, Wells claims that the book is his edited version of notes written by an eminent diplomat, Dr Philip Raven, who had been having dream visions of a history textbook published in 2106 and wrote down what he could remember of it.
Herbert George Wells (1866-1946), known as H. G. Wells, was a prolific English writer in many genres, including the novel, history, politics, and social commentary, and textbooks and rules for war games.