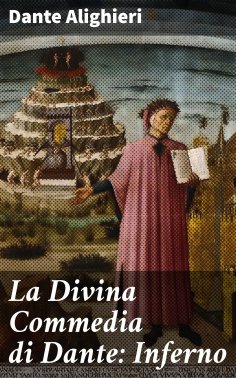 The Comedy or Divine Comedy is a poem by Dante Alighieri, composed between 1307 and 1321. It is the most famous work of Dante's most as well as one of most important literary works of medieval civilization. Today, it is known and studied all over the world and considered one of the masterpieces of world literature of all time. The poem is divided into three parts: Hell, Purgatory, and Paradise, each of which consists of 33 songs. Yet, Inferno or Hell also contains an additional proemial song. It is an imaginary and allegorical depiction of the Christian underworld.