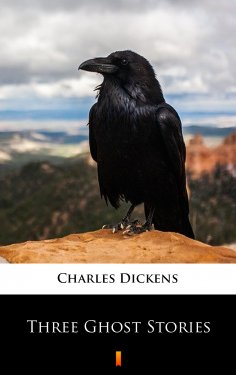 As a gifted writer with a strong interest in supernatural phenomena, Charles Dickens produced a string of ghost stories with enduring charm. While the three ghosts that visited Ebenezer Scrooge was Charles Dickens’ most famous apparitions, his interest in the supernatural did not end there. „Three Ghost Stories” includes three different stories that are true Gothic classics and were sensational for their time and continue to hold up well, thanks to Charles Dickens’ superb skills at storytelling. In „The Haunted House,” a new homeowner discovers he is sharing his bed with the skeleton of the house’s former master. In „The Trial for Murder,” a revengeful ghost haunts a juror serving at his killer’s trial. In „The Signal-Man,” an apparition warns a man of impending disaster. If you like Dickens and tales of specters and the supernatural, you’ll love „Three Ghost Stories”.