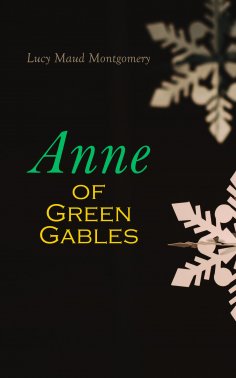 e-artnow presents the Christmas Specials Series. We have selected the greatest Christmas novels, short stories and fairy tales for all those who want to keep the spirit of Christmas alive with a heartwarming tale.
Anne Shirley, a young orphan from Nova Scotia is sent to live with Marilla and Matthew Cuthbert, siblings in their fifties and sixties, after a childhood spent in strangers' homes and orphanages. Marilla and Matthew had originally decided to adopt a boy to help Matthew run their farm at Green Gables. Through a misunderstanding, the orphanage sends Anne instead. Anne is highly imaginative, eager to please and quite dramatic at times. She is often quite talkative, especially when it comes to describing her fantasies and dreams. As a child of imagination, Anne takes much joy in life and adapts quickly, thriving in the close-knit farming village. Her imagination and talkativeness soon brighten up Green Gables.

Lucy Maud Montgomery (1874-1942) was a Canadian author best known for a series of novels with Anne of Green Gables, an orphaned girl, mistakenly sent to a couple, who had intended to adopt a boy. Anne novels made Montgomery famous in her lifetime and gave her an international following. Most of her novels were set in Prince Edward Island, and locations