A Country Christmas & Other Christmas Stories by Louisa May Alcott 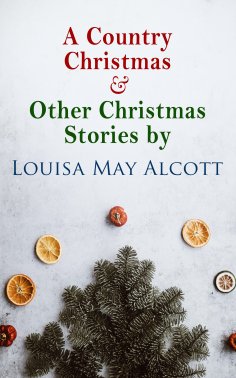 e-artnow presents the Christmas Specials Series. We have selected the greatest Christmas novels, short stories and fairy tales for this joyful and charming holiday season, for all those who want to keep the spirit of Christmas alive with a heartwarming tale.
Table of Contents:
Merry Christmas
A Christmas Dream and How It Came True
Becky's Christmas Dream
Kitty's Class Day
Rosa's Tale
Tilly's Christmas
The Abbot's Ghost, or Maurice Treherne's Temptation
What the Bell Saw and Said
A Christmas Turkey, and How It Came
The Little Red Purse
A Country Christmas

Louisa May Alcott (1832-1888) was an American novelist, short story writer and poet best known as the author of the novel Little Women and its sequels Little Men and Jo's Boys. Raised in New England by her transcendentalist parents, she grew up among many of the well-known intellectuals of the day, such as Ralph Waldo Emerson, Nathaniel Hawthorne, Henry David Thoreau, and Henry Wadsworth Longfellow. Alcott's family suffered from financial difficulties, and while she worked to help support the family from an early age, she also sought an outlet in writing. She began to receive critical success for her writing in the 1860s.