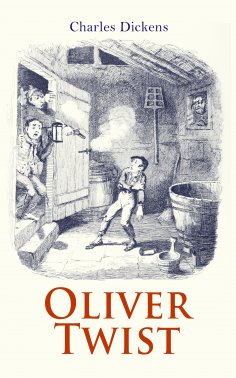 e-artnow presents the Christmas Specials Series. We have selected the greatest classics of world literature for this joyful and charming holiday season, for all those who want to keep the spirit of Christmas alive with a heartwarming classic.
Oliver Twist, subtitled The Parish Boy's Progress, is the story is about an orphan, Oliver Twist, who endures a miserable existence in a workhouse and then is placed with an undertaker. He escapes and travels to London where he meets the Artful Dodger, leader of a gang of juvenile pickpockets. Naïvely unaware of their unlawful activities, Oliver is led to the lair of their elderly criminal trainer Fagin.