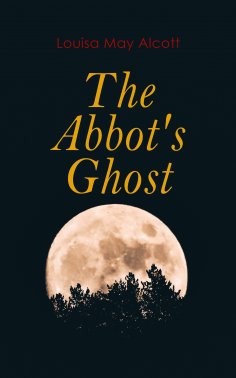 A Christmas house-party at a grand old English estate brings together a group of family and friends whose complicated relations are clarified and healed over the course of Christmas holidays. Maurice Treherne is a young man confined to a wheelchair after saving the life of his cousin, Sir Jasper Treherne. Maurice's love is given to his cousin Octavia, although their romance is blocked by Jasper and Octavia's mother who feels that she can't give her daughter to a cripple. Also in the party is Mrs. Snowdon, a beautiful young woman whose affections Jasper and Maurice once competed for, and who seems determined to renew her conquest. What further complicates the situation is a mysterious ghostly appearance in the attic and what hides behind it.

Louisa May Alcott (1832-1888) was an American novelist, short story writer and poet better known as the author of the novel Little Women and its sequels Little Men and Jo's Boys (1886). Early in her career, she sometimes used the pen name A. M. Barnard, under which she wrote novels for young adults that focused on spies and revenge. Raised in New England by her transcendentalist parents, she grew up among many of the well-known intellectuals of the day, such as Ralph Waldo Emerson, Nathaniel Hawthorne, Henry David Thoreau, and Henry Wadsworth Longfellow. Alcott was an abolitionist and a feminist and remained unmarried throughout her life.