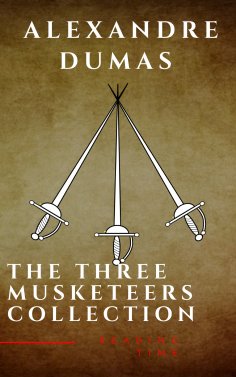 Situated between 1625 and 1628, it recounts the adventures of a young man named d'Artagnan (based on Charles de Batz-Castelmore d'Artagnan) after he leaves home to travel to Paris, to join the Musketeers of the Guard. Although d'Artagnan is not able to join this elite corps immediately, he befriends the three most formidable musketeers of the age – Athos, Porthos and Aramis, "the three inseparables", as these are called – and gets involved in affairs of the state and court.

In genre, The Three Musketeers is primarily a historical and adventure novel. However, Dumas also frequently works into the plot various injustices, abuses, and absurdities of the old regime, giving the novel an additional political aspect at a time when the debate in France between republicans and monarchists was still fierce. The story was first serialised from March to July 1844, during the July Monarchy, four years before the French Revolution of 1848 violently established the Second Republic.

The story of d'Artagnan is continued in Twenty Years After and The Vicomte of Bragelonne: Ten Years Later. (Wiki)

Here you will find the complete D'Artagnan novels in the chronological order of their original publication.
The Three Musketeers
Twenty Years After
The Vicomte of Bragelonne
Ten Years Later
Louise de la Valliere
The Man in the Iron Mask